My Commitment to Support Hummingbirds

When I lived down in Southern California, we had four small hummingbird feeders

around our patio. We had two pair of beautiful orange colored rufous hummingbirds that the four feeders were a bit much for, but it was worth it just to see them in heated battle over the feeders.

During the moving process from South to North, we would be gone for a couple of weeks at a time. The feeders were low upon our return, but not empty. Whew! To our amazement, one of the moms had built her nest up in a corner under the patio cover. We tried avoiding using that door as much as possible, but we were moving. We were very happy to see that even though we were only feet from her nest, she endured the movement and noise we made and stayed. We were gone when the eggs hatched and the babies left the nest.

In March 2012, when we moved to Amador county, we really weren’t sure if we would have hummingbirds at all at our elevation of 2860 feet in the lower mountains. I put out a couple of feeders to see if any were around. To my pleasure, there were about six. Again our four small feeders were plenty.

As June approached however, they were joined by a few more. We seemed to have become the hot spot in the neighborhood. By the beginning of June, there were around 30, and it was time to invest in a feeder with a larger well. I got one that held about three cups. We had to fill that one once a day and the other four twice a day. By mid June their number doubled again, so off I went to get yet another feeder. This one held a quart. But we enjoyed them so much we were happy to do it. Within another two weeks, we were filling all six of them two to three times using about a gallon or so a day. We figured there were well over 100 by this time.

It was like the super highway for hummingbirds. You had to get used to them whizzing by as you walked around the yard. They were everywhere. As soon as the sun came up, the air was filled with chirping and humming. They feed the most at dusk and dawn so most of the feeders had hovering room only during those times. The wars and fights would ensue as they poked at each other, body slammed each other, and even grabbed the tails of another and drug it down off of the feeder. Some of the aerial battles were amazing and would go on and on.

At the end of September, and 75 pounds of sugar later, they started their migration, with fewer of them every day. By the end of October, we were back down to our original six for the winter. In winter, the mix has about a quarter to a third more sugar to keep the nectar from freezing, though when we knew it was gong to get down into the teens over night, we still took them in at bed time and put them back out in the morning. We had our first snow on November 10th last year. It amazes me how those tiny little birds survive the cold.

So, it’s now June and we have added to our collection of feeders. We now have five that hold a quart and three of the small 2-cup feeders. The small ones are empty by mid day and the others will last a whole 24 hours. We are already through the first 25 pound bag of sugar and June isn’t over yet. We figure at least 50% of the second generation came back, maybe more. Three of the neighbors have at least one feeder and our porch is covered with flowers. We purchased a 3-gallon decanter to have more nectar on hand. That way mornings aren’t such a production. 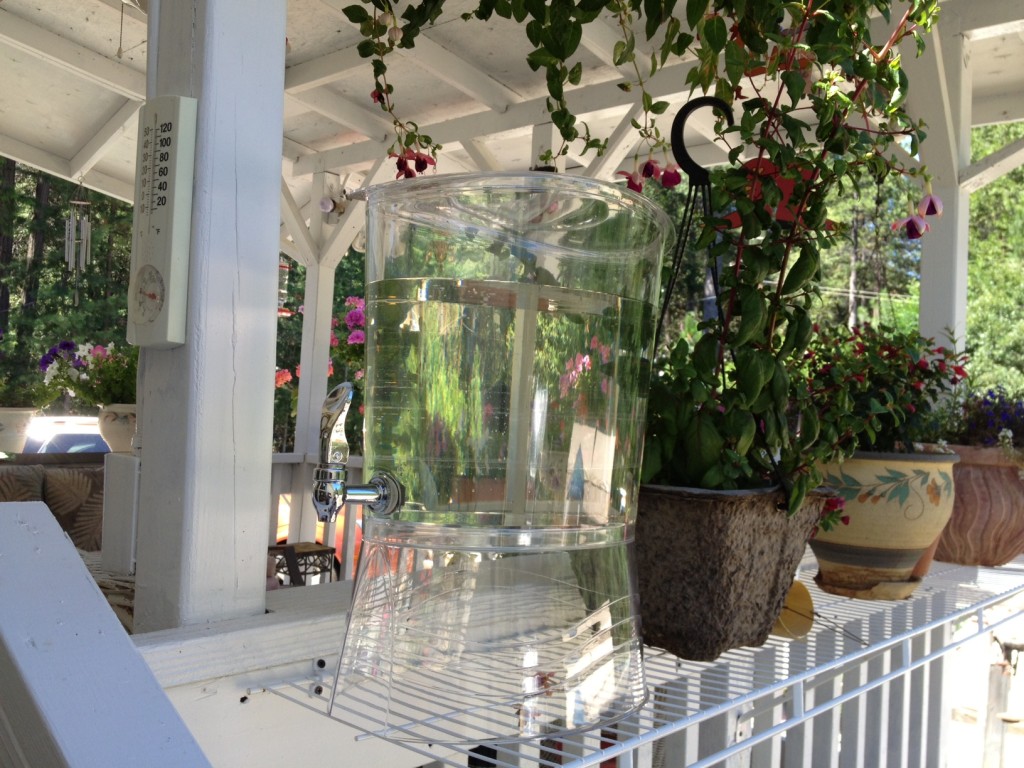 Hummingbirds in your Pet Sitting Contract

Now, here is the thing about leaving for any length of time. We have made a commitment to maintain the feeders. If we both need to leave town, we have to include filling the feeders in our pet care contract. As a pet sitter, I understand that. If you have hummingbird feeders up, you need to as well. So in my pet care contract you will see

So, if you have made the commitment to care for hummingbirds, remember, they don’t eat if there is nothing to eat. Make sure to include their care with your pet sitting.